Making Photos With an Ancient Camera 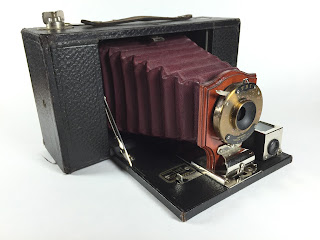 About six years ago, I was given an old Kodak folding camera. When I opened the camera, I found a roll of film that was larger than 120 medium-format film, and the roll had been put in the camera inside out, so there was no hope of producing or salvaging any images from it. I put the camera in a drawer and didn't give it too much thought after that--until recently. That's when I pulled out the camera and sent pictures of it to my friend in cyberspace, Chuck Baker, the Brownie Camera Guy. Chuck is a great photographer and an expert on all things Kodak Brownie. His website is a fount of information. Chuck informed me that I have a folding Brownie No. 3, Model A (not to be confused with the Brownie No. 3A). The characteristics of the camera indicate that it was made by Kodak sometime in the two years after the model was introduced in 1905. This photo shows the camera open after I reversed the roll of film so the paper side was out. The roll of film is 122 size, which was meant to produce postcard-sized 3.25 x 5.5 inch negatives. While 122 film fits the Brownie No. 3, the camera was designed to use 124 film and produce 3.25 x 4.25 inch negatives. In any case, the expense of buying custom spooled film to fit the camera called for another solution. Chuck gave me some suggestions for using 120 film in the camera, and I gave it a try. 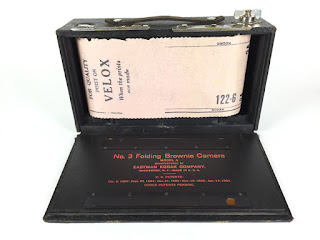 I encountered a few obstacles. First, everything involving film--respooling the 120 film on the longer 122 spools, loading and and unloading the camera, and loading the film on a reel for developing--had to be done in the dark. Fortunately, I had a large film-changing bag I could use. The next challenge was getting the 120 film onto the longer spools. 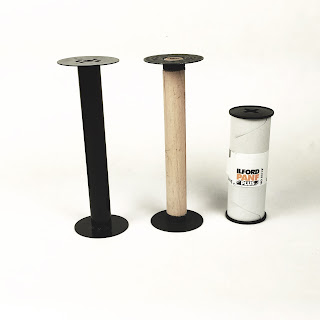 I wrapped rubber bands around the spools to help keep the film centered. 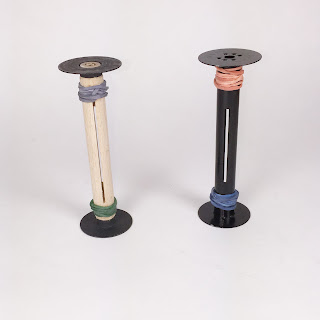 Since the film counter window is near the top of the camera, the numbers on the backing paper of the 120 film are not visible when the film is loaded in the camera. Note the window's tint has changed from red to orange over time. Since the 120 film doesn't do anything to block light leaks into the camera, I thought I should put black tape over the opening. If anyone else wants to try taking pictures as I did, I wouldn't recommend putting tape on the faux leather covering of the camera. You can see that I pulled some of it off when I removed the tape. 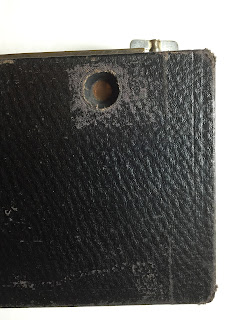 Before loading the film, I did some experimentation with a spare roll of 120 backing paper to figure out how far to wind the camera between exposures. Two full turns of the winding key seemed about right. Not knowing exactly what to expect for shutter speed, I went with ISO 50 film, figuring film speeds were probably even slower in the early twentieth century. The viewfinder wasn't terribly useful. Below is an image of the viewfinder pointed at a well-lit bust of Abraham Lincoln. Outside,I could only get a rough idea of where the camera was aimed. 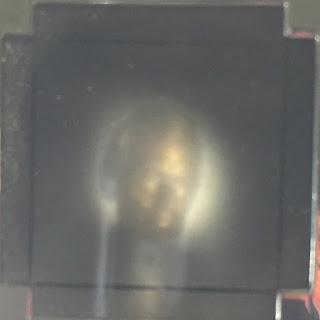 As for results, I got a few exposures. One of the better ones is shown below. 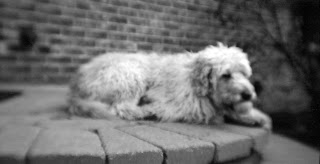 Was it all worth all the effort? Probably not, but it was an interesting experience.
Posted by Unknown at 1:42 PM No comments: 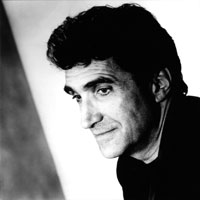 I have fallen woefully short of my goal of publishing a photographic quote of the week, but I would like to share a quote related to creativity in general from former U.S. Poet Laureate Robert Pinsky:

Whatever makes a child want to glue macaroni on a paper plate and paint the assemblage and see it on the refrigerator - that has always been strong in me.

In photography there is a reality so subtle that it becomes more real than reality. 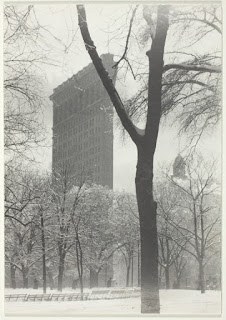 The Flatiron, by Alfred Stieglitz, 1903
Posted by Unknown at 9:04 PM No comments:

Ultimately, my hope is to amaze myself. The anticipation of discovering new possibilities becomes my greatest joy. – Jerry Uelsmann 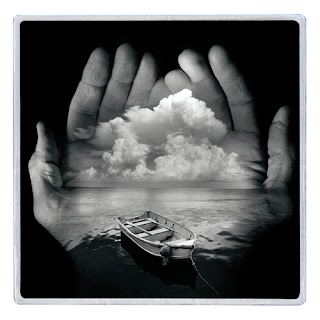 A portrait is not made in the camera but on either side of it. - Edward Steichen 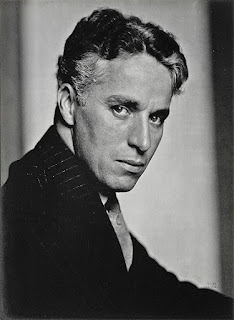 Charles Chaplin by Edward Steichen, 1925
Posted by Unknown at 3:39 PM No comments:

Cartier-Bresson has said that photography seizes a "decisive moment." That's true except that it shouldn't be taken too narrowly...does my picture of a cobweb in the rain represent a decisive moment? The exposure time was probably three or four minutes. That's a pretty long moment. I would say the decisive moment in that case was the moment in which I saw this thing and decided I wanted to photograph it. - Paul Strand, Sixty Years of Photographs by Paul Strand, Calvin Tomkins , ISBN: 0900406828 , Page: 35-36 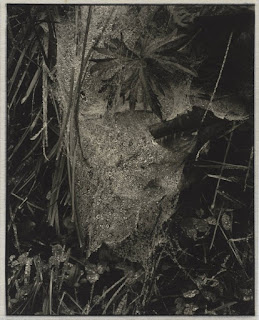